From V5 Homebrew Wiki
Jump to navigation Jump to search

To the Rhemet, the world is full of injustices. This can be anything from the bigot that actively tries to destroy LGBT rights to the police officer that kills an unarmed man and beyond. The Rhemet have always been able to see what is wrong with the world, but instead of trying to do something about it, they laugh. Attempting to point out the hypocrisy by way of pointed remarks and use of vampiric disciplines.

Due to the flashiness of the Rhemet and their ability for blood sorcery they have effectively replaced the Tremere Antitribue in the Sabbat, though not all Rhemet are Sabbat.Also, when the Rhemet use Presence it manifests as a strange attraction. Like something so horrible that you can't look away from it. This suits them just fine. They like the uncanny valley most of them fall into.

The Rhemet are a bloodline of mockery with the Tremere being their favorite targets. That is why their name is a devious derivation of Tremere. Whispers in the dark tell of the Tremere going on a propaganda campaign against the Salubri. The Rhemet know this and find it infuriating. They now plot in the shadows to bring the Tremere down.

The Rhemet are hated by the Tremere.Why would the Tremere care about some small bloodline? Some people say the Rhemet Founder is the one responsible for the collapse of the pyramid because of their hatred of the Tremere.She was the one who sent the SI to Vienna, but that’s just myth, right? Surely a single person couldn’t possibly have grown so powerful as to destroy the Pyramid, right? Well, only the Rhemet know for sure and they aren’t the kind to give those kinds of secrets out so openly. 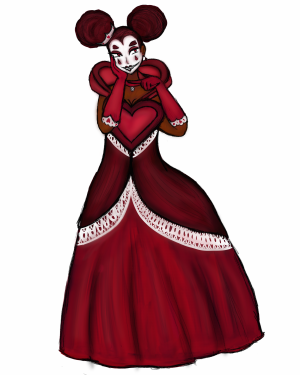 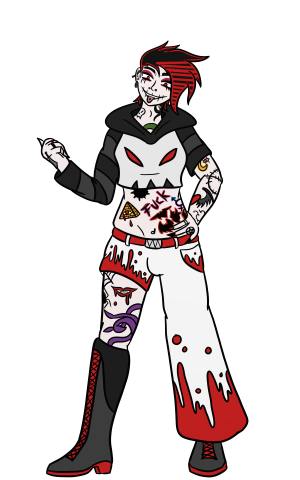 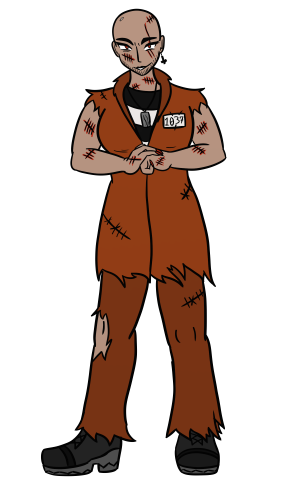 The Rhemet typically stay wherever they can afford and will feed upon the rich and powerful.

The Rhemet come from all kinds of backgrounds, but it is especially common for them to come from people who make fun of injustices by pointing them out through comedy, crime, or messing stuff up.

•• The Truth Hurts: The Rhemet have a unique way with words. Once per story, when their clan compulsion is activated their mockery deals one superficial willpower damage as the truth they reveal hurts their target.

There is no organization among the Rhemet.

This Rhemet spent their mortal life as some sort of comedian. This influences their view on the world and how willing they are to point out hypocrisy through their jokes and tricks.

This Rhemet spent their mortal life running from the law. They typically would have some sort of criminal connection and a penchant for pointing out the hypocrisy by way of criminal violence. This made them a perfect candidate for the Rhemet.

While other Rhemet use straight up jokes or actions to point at the woes of the world these Rhemet take the "watch the world burn" approach. Typically very disruptive and prone to violence, these Rhemet are playing with fire constantly.

Blood Sorcery: Blood Sorcery is the main feature of the Rhemet though they call it Hematokinesis. They use this to manipulate their own blood and the blood of others. This can lead to devastating results such as Diablarie from a distance.

Fortitude: The Rhemet use fortitude because they can not only dish out the pain, but can take it due to their on-and-off skirmishes with various chantries. Only those with a thick hide can handle the ridicule of their parent clan.

Strangeness: Due to the strange powers employed by the Rhemet, they have a naturally strange aura about them that one cannot quite place. This aura is so strong that kine can pick up on it. Rhemet naturally take a penalty equal to their bane severity to social rolls involving mortals.

Due to the Rhemet’s view of the world, their beasts tempt them to call out the injustices in the world by using cruel irony to their advantage. Any action not taken to mock some perceived injustice is taken at a two-dice penalty. This compulsion persists until the scene ends or the user has made an ironic mockery of the person perpetrating the injustice.

Other Credits: Art by: GuavArt.